My friends and I were sitting in the street. There was a bombardment in the area where we were. A shell hit a wall beside us. Three of my friends and I were injured. We were hit. We all got hit with fragments, but the severest injury was mine. I bleed so much that even my friends thought I was going to die.

The conditions in the field hospitals in Syria are not very good. They are not fully equipped and the electricity was out most of the time, and so some my wounds had complications. So I was forced to go to Jordan to get treatment. I came to Jordan on a stretcher. My friends walked, carrying me for seven kilometres.

I was supposed to go back to Syria but the situation escalated a lot where I lived, so I was not able to return. All my family is in Syria.

So I chose to stay in Jordan and support persons with disability and help those persons who were victimize by the war in Syria, and who were injured from bombardment or a sniper. I was greatly affected by these people especially those with severe wounds, who miss their homes and their families, and you can see that on their faces. I thought to myself I would rather try to help them and make them more able to overcome what they go through.

At first when I got my injury and became a person with disability, I thought it was something minor. Maybe I’ll go through a medical procedure and not end up being a person with a disability, and then I’ll be able to walk again. But after that it changed.

I was reading through the Prophet’s life and through his teachings I thought that this thing that happened to me is rather God’s choice and this is something I should be happy about and not sad and so this gave me comfort to continue forward. So it’s like a test for me whether I’m going to accept it, and accept the will of God or not. A person with patience and who accepts this will be prized greatly in the afterlife. So this gave me more power and happiness.

It is difficult to find a job because I am not officially a refugee. I am currently seeking refugee status. The best thing I can work with now is assembling putting together perfumes.

I joined a peer support group. We formed a team and then we went about to look for Syrians with disabilities to give them support. We ran some sport sessions and things that would help them.

Before I was injured I didn’t have so much awareness on how to deal with or communicate with people with disabilities, whether mental or physical disabilities. I now have more awareness of these issues. This gives me motivation to know more.

In the future I want to be an active person in society, I will do whatever it takes to change the current situation in Syria towards something better.

*Note that while Khaled wanted to share his story with the world, he requested no photographs 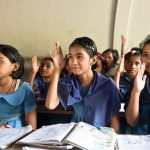 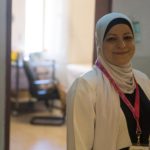 Suzane I am Suzane from Jordan. I am 34 years old. View Story 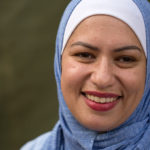