My name is Wadud. I’m forty years old and live in Saidpur. 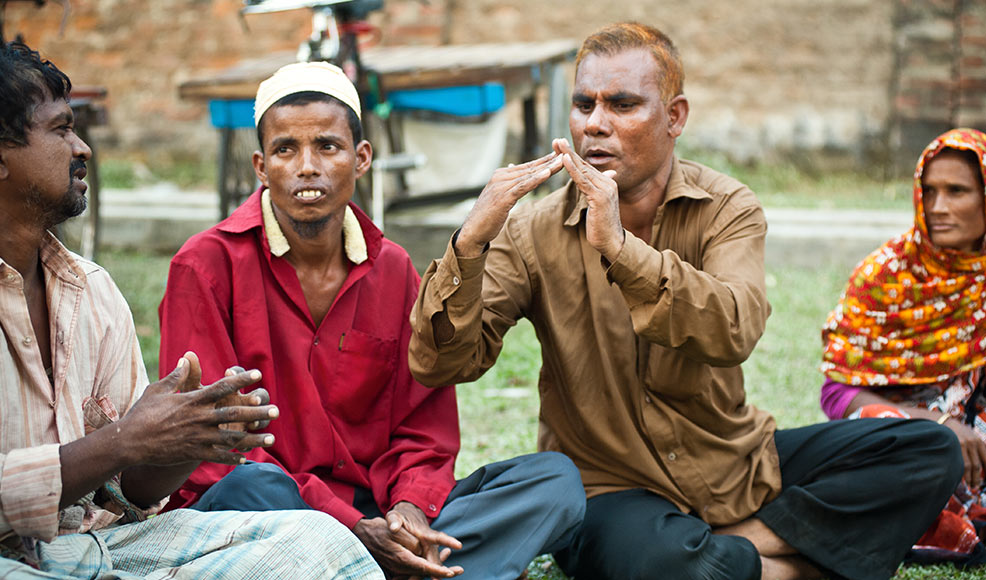 When I was one year old I had typhoid and became deaf. Growing up, it was not possible to communicate with other children; that was the main barrier I faced.

When I was five years old my parents took me to school. I could not hear or speak, so they refused to admit me. They said it would not be possible to make me learn. I was very sad when my friends were being admitted but I didn’t have the opportunity. So my mother gave me home schooling up to 5th standard.

Now I work in the family metalwork business making trunks and other containers. I supervise staff and activities that are going on in the workshop (for example, checking the measurements of the containers).

When I communicate with other deaf people I use local sign language. When I have to communicate with others I go through some other person who has speech; usually it is my brother. As a person with a speech and hearing impairment, most people do not care about me: if I want something, they do not bother with me.

The name of my group is Saidpur Deaf Club. It is comprised of 72 members. As I’ve had training from SHARP, a local organisation, I have some understanding about disability and how to make society aware. So we take sessions in the group and make the group aware about rights.

When we established our Deaf Club, there was an office of the Rickshaw Pullers Union which was on government land, which also had open land beside it. Because it was government land, we thought we could set up our club there with permission from the government. When we tried to use that place for our meeting, the members of the Rickshaw Pullers Union became angry, and with the support of the local police, beat us and threw us out. We tried to resolve it by talking to people but they just laughed at us. We realised they didn’t care and there was no way we would get support. A few days later, a government minister was in town. Our group went and barricaded his way, lying down on the street. He asked why we were doing this, and we informed him of the situation. He told us that we will get that place and that no-one will bother us again. After that we’ve used that place with no problem.

I also would like to continue the Deaf Club and establish it in a very good position. If my dreams become fulfilled, nothing will make me happier than this. 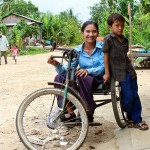 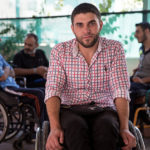 Obada I am Obada from Syria. View Story